Step by step approach is followed so that any hobbyist or design engineer can have a better understanding of the basic concepts.

Step by step approach is followed so that any hobbyist or design engineer can have a better understanding of the basic concepts. 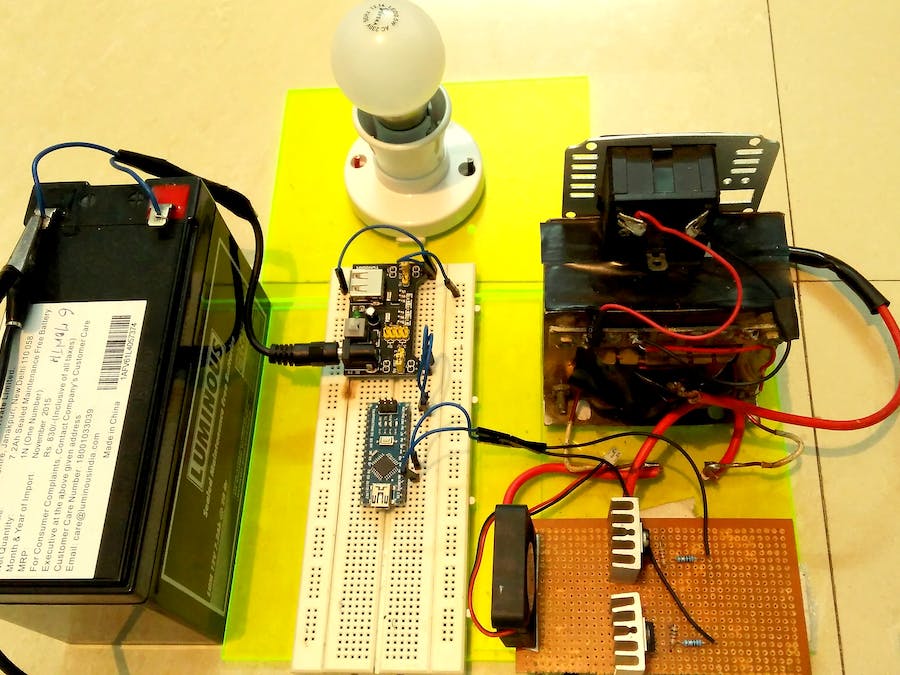 This project is all about designing an inverter from scratch, I am always fantasized by the projects which involves a software controlling an hardware.  With this inverter, you can power up various electronic Appliances like TV, Fan etc.

In short, we can classify the designing of inverter circuit into three stages:

The tasks that are performed in driver stage are generation of modified sine wave, monitoring the battery voltage, handling the other housekeeping tasks such as short circuit protection, etc. Here I have used an Arduino NANO to accomplish all these tasks.

Arduino is generating a modified sine waveform of 5V which is amplified to a level of 12V using L293D ic. Battery voltage is monitored every 20ms using timer interrupt.

As the inverter output power is 600VA and it is 75% efficient so the input current at full load comes out to be 75Amp approx. (using ohm's law).

Now this current amplification task is performed by the power stage. In this stage, two N-Mosfets are configured in push-pull topology to amplify the current. Mosfet Chosen are IRF3205.

Now this is very simple, the output waveform from the push-pull topology is fed into the transformer to generate the 220V.

Below is the video in which I have explained everything in detail.