A bootloader with an interactive console and secure boot feature for the Tiva TM4C123G series microcontroller. 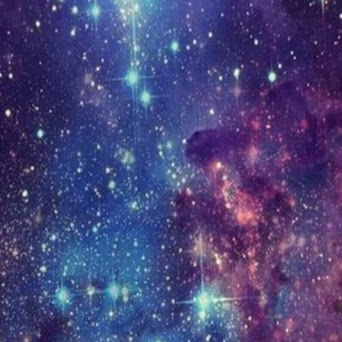 A bootloader with an interactive console and secure boot feature for the Tiva TM4C123G series microcontroller.

A bootloader, also called a boot manager, is a small program that places the operating system (OS) of a computer into memory. Once the OS has been placed into memory, the processor runs the OS.

It's usually the first piece of code that runs on an embedded system to initialize the CPU and its peripherals before the OS takes over.

DragonBoot is a bootloader that allows the user to flash multiple applications (to different memory partitions) and boot any one of them through a command-line interface (very much like the GRUB bootloader).

Flash and bootup of an application is done in a secure manner that involves the processes of digital signature validation & asymmetric key cryptography.

Software that comes shipped along with an embedded system can be :

• Replaced / "upgraded" by a clever hacker to run his / her piece of software.

• Reverse-engineered if the file falls into an unknown third party's hands.

This could spoil the manufacturer's business or even pose a serious safety hazard (if somebody succeeds in downloading a malicious piece of code onto the embedded system).

Therefore, there's a need to ensure that :

• Software updates done to the system are done only by a trusted party (by authentication of the user).

• Software files can't be reverse-engineered by an unknown third party ( by encrypting the software).

Cryptography to the rescue (source : xkcd.com)

DragonBoot is an interactive bootloader that allows software updates to happen only through a 2-step process of :

Authentication ensures that we're able to verify the identity of the sending party before attempting to upgrade the system. So only the intended party (i.e. the manufacturer) can upgrade the system. This is accomplished by implementing the idea of a digital signature.

Supplying the software binary in encrypted form ensures that nobody else can make sense out of it / reverse-engineer the same if it falls into their hands. Only the bootloader has the key to decrypt the encrypted software binary.

• Interactive shell (thanks to the Microrl library by Helius) with command auto-complete feature (via TAB key).

• Software ring-buffer for asynchronous storage of high-speed UART data thanks to Anders Kalør.

Yeah, duh ! Adding a user-friendly console would definitely make the bootloader insecure. However, the aim of the project is simply to demonstrate some interesting features in a nice, conducive environment !

The reader is encouraged to hack the code / customize it to suit his / her needs. That's one of the advantages of DragonBoot : the code has been modularized and designed in a way to facilitate easy customization as per one's needs. Indeed, one could even port it to other platforms (there's even a platform porting guide in the included documentation).

Depiction of how an application binary gets secured

The first step in the secure upgrade process, as depicted in the above diagram is to generate an encrypted version of the application that would be used for software upgrade. The below steps need to be followed for the same :

2. Create a new binary, update its header with the actual size of the application.

4. Encrypt the AES key using an RSA public key and store it in the final application's header.

5. Calculate SHA256 hash of the application binary (used for integrity check later by the DragonBoot bootloader after receiving the same).

7. Digitally sign the SHA256 hash value (using a different RSA key - private version) computed earlier and store it in the header. This is used for authentication later by DragonBoot.

Once the encrypted binary has been transferred to DragonBoot via UART, the following steps are followed by the bootloader to decrypt & authenticate the image before storing it in flash :

1. Decrypt the AES key by using the RSA private key counterpart of the public key used for encryption at the source earlier.

2. Use this AES key to decrypt the application binary.

3. Compute the SHA256 hash of the decrypted binary.

4. Perform signature validation of the signed SHA256 hash sent by the source (by using the RSA public key counterpart).

5. Next, compare the transmitted hash value against the computed value to verify that the image has not been tampered and to confirm that the authorized entity has sent the application image. So the hash & digital signature serves a dual purpose of integrity check as well as authentication.

• The memory map is depicted on the figure above.

• The flash memory has been divided into 9 equal sized partitions, 1 for storing each application. 90 KBytes has been reserved for the bootloader code area; that is a super-conservative estimate.

• RAM, 32 KBytes total has been divided equally between the bootloader & application.

• The memory layout as depicted above is a super-conservative layout, only used for demonstration purposes. The application to be booted up is stored initially in one of the partitions designed for it in the flash memory.

• Change the NVIC vector table base address to 0x20004000 (that is the starting address of the application where the ARM Vector table is stored).

• Load the Program Counter with 4 bytes from memory address [0x20004004] to boot up the application.

First, we invoke the "flash" command followed by the partition where we wish to store the application.As one can see, the bootloader waits for the user to start file transfer via XMODEM protocol.

File transfer in progress via XMODEM

After this, a file transfer is setup via minicom "Send file / xmodem" menu option & the encrypted version of the application that we'd created earlier is selected for transfer.The image depicts file transfer in progress.

Booting an app from flash partition

Finally, we boot the flashed application binary by using the "boot" command followed by the name of the partition from where we wish to run an application.

For further details, you may access the below document:

For source code, you may visit the following page:

For instructions on how to build and test the software: