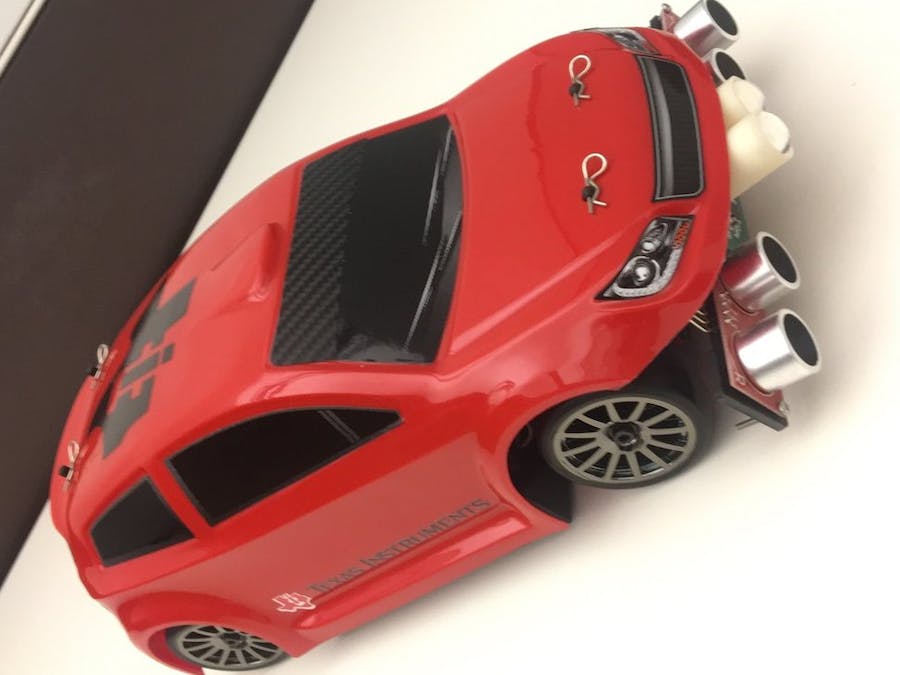 The Automotive Sensor Fusion Collision Avoidance System, a University of Arizona Engineering senior design project sponsored by Texas Instruments. The deadline for completion of this project was April 30, 2018, otherwise known as Design Day. The team consisted of six members of the following disciplines: Engineering Management, Electrical and Computer Engineering, Optical Sciences and Engineering, and Mechanical Engineering.

Overall, the goal of this project was to develop an Automotive Sensor Fusion Collision Avoidance System that will in the long run help advance how safe vehicles will be. This is a necessary development in the automotive industry because of how dangerous cars are and how slow humans can be at making split second decisions. The goal of the project was to implement both LiDAR and Sonar sensors, mounted on a remote control car, in order to tell if an obstacle is present in the cars path, and then stop the car when it is determined that a collision with this obstacle is imminent. The car will also send data including obstacle distance and car speed to a graphical user interface (GUI). The need for sensor fusion is to cover all possible situations and obstacles, where if one sensor fails, the other sensor will detect and still avoid the crash.